Our vision changes as we get older. Serious shooters need to choose iron sights that help compensate for age-related sight issues.

Like it or not, age has a way of making the activities we enjoy doing more difficult. As we ease into middle life and beyond, the tasks that once seemed simple suddenly seem a bit more challenging. I know I’ll never run another five-minute (or six-minute, for that matter) mile, and the mountains I hiked with ease a 20-year-old tax me more with each passing year. 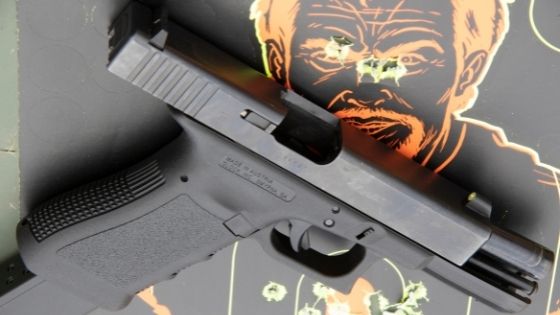 While I’m okay with a slower PR in running and a few more rest stops on the trail, I’d be really upset if I couldn’t shoot well. And, like so many others, I’ve reached the age when vision issues have begun to limit my ability to shoot as accurately and quickly as I once did.

I’m particularly concerned about deteriorating vision after watching my dad, who was once one of the best shooters I know, struggle with the side effects of age-related eye problems. In addition to the typical vision loss we all suffer as we grow older, he’s struggled with glaucoma for decades, and the compounding effects have made it very difficult for him to shoot a pistol accurately. That’s a shame, because pistol shooting was once one of his favorite pastimes.

Age-Related Vision Loss As It Relates to Shooting

One of the most common problems that older shooters face is the inability to focus on nearby objects. The lens in the human eye has the ability to flex, and that flexing is controlled by the muscles surrounding the lens within each eye. When we focus on distant objects the lens relaxes, but when we transition to nearby objects the muscles in the eye constrict the lens to change point of focus. As we age, the lenses in our eyes harden and objects that are closer become more difficult to see clearly—a common condition known as presbyopia or age-related farsightedness. Over time the condition worsens, and eventually it can become difficult or even impossible to clearly see sights at arms-length.

Our ability to see clearly in low light also decreases as we age, and that can make it more challenging to shoot accurately at dawn and dusk or on cloudy, overcast days. On the other hand, aging eyes are also more sensitive to glare, a problem brought about by the inability of older lenses to focus light properly. Bright light makes it more difficult for older eyes to clearly see sights because of the compounded effects of glare.

These are some of the difficulties all shooters will have to deal with as they age, and this doesn’t account for conditions such as glaucoma, cataracts, macular degeneration, and others. Clearly, aging eyes can present a hurdle for lifelong shooters, but that doesn’t mean you have to stop shooting. You will, however, need better sights. 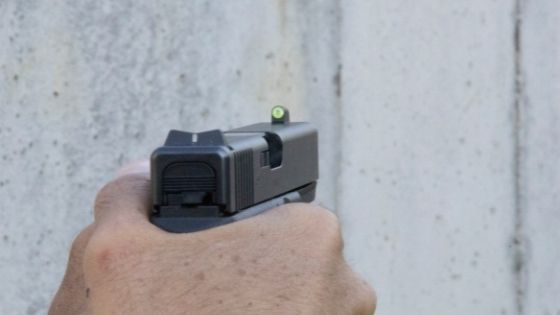 What older shooters need are sights that simplify the aiming process by being large, easy-to-see, and functional in a wide range of lighting conditions.

The XS Big Dot sight meets these criteria. As the name implies, it’s very large. The DXT2 Big Dot front sight has an outside diameter of .188 inches which is up to 50 percent larger than competing defensive pistol sights. XS specifically engineered the Big Dot so it would provide maximum visibility for shooting at self-defense ranges, and it’s coupled with a wide, V-notch rear sight. Big Dot sights feature beta emitting tritium lamps (no batteries to fail) and the V-notch rear is available with either a tritium beta or white center stripe. This encourages you to “dot the i,” and it’s the fastest, simplest system for making on-target sights in close quarters.

This particular design layout—known in general firearms terms as an “express sight”—was originally engineered for dangerous game rifles intended for shooting large and deadly game like lion, elephants, and rhinos. While most people never (thankfully) find themselves in a situation where proficiency with a firearm means survival, turn-of-the-century big game hunters had to make life-or-death shots almost on a daily basis, and that’s why they relied on express sights. The express design, which is found on the DXT2 Big Dot, provides the very best option for fast shots in full sun or dim light because the dot is so large that it can quickly and easily be obtained, even by those with relatively poor eyesight. There’s simply nothing better for obtaining a “flash” sight picture and shooting quickly, which is vital in a violent encounter where milliseconds count. The Big Dot’s front lamp is surrounded by an oversized dot that’s either yellow (best for low light) or orange (best for bright light), and that provides instant feedback when the gun is raised. What’s more, the dot and shallow V design don’t impede awareness and offers a clear line of sight to the target, allowing you to focus downrange. And because of the ”i” configuration of the sights there’s no risk of mistaking the rear sight for the front sight.

DXT2 Big Dot sights are a simple and effective pistol upgrade that allows shooters with aging eyes to shoot more accurately, but they’re not the only XS Sight option that work for older shooters. The Company’s R3D sights are traditional three-dot tritium sights, but XS has taken the logical step of making the rear lamps less bright than the front lamp. In doing so, the brighter front lamp draws the eye to the front sight which results in faster target acquisition and reduces the risk of confusing the front and rear sights. For those who like the DXT2 Big Dot’s practicality but prefer the R3D’s more traditional styling the F8 Night Sight might be your best option. Inspired by the popular “Straight 8” sight layout, the F8 has a very large front sight (.160 inches, nearly as large as the Big Dot) and a wide .190 inch rear sight that won’t limit downrange awareness like some other sights. 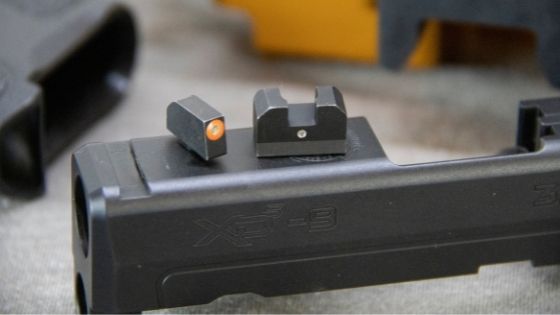 We can’t help aging, but we can take steps to maintain our proficiency with a firearm as we age. XS sights are the simplest and most affordable option to compensate for age-related sight limitations. Being able to continue participating in shooting sports softens the impact of growing older, and should you ever find yourself the victim of a violent attack you need to be able to effectively defend yourself regardless of age. Having the right sights can make that happen.

XS Sights is aware of the difficulties aging eyes can present to shooters, and they’ve created affordable iron sights that address the vision issues encountered by older shooters. Because their sights feature tritium lamps or large circle dots (or both), older shooters will find it much easier to see these sights as their low light vision begins to decline with age. What’s more, XS sights are designed specifically to perform in bright sunlight and heavy glare, which makes them even more versatile for shooters with older eyes. They’re also easy to install and machined from metal, so they’ll hold up well to years of hard use. 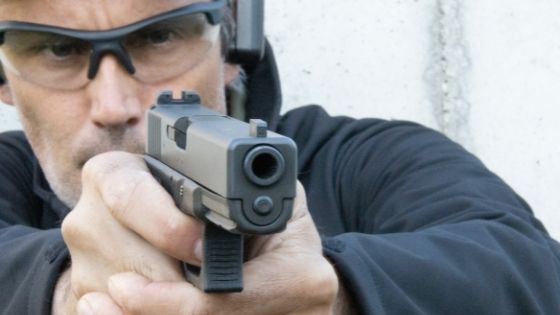